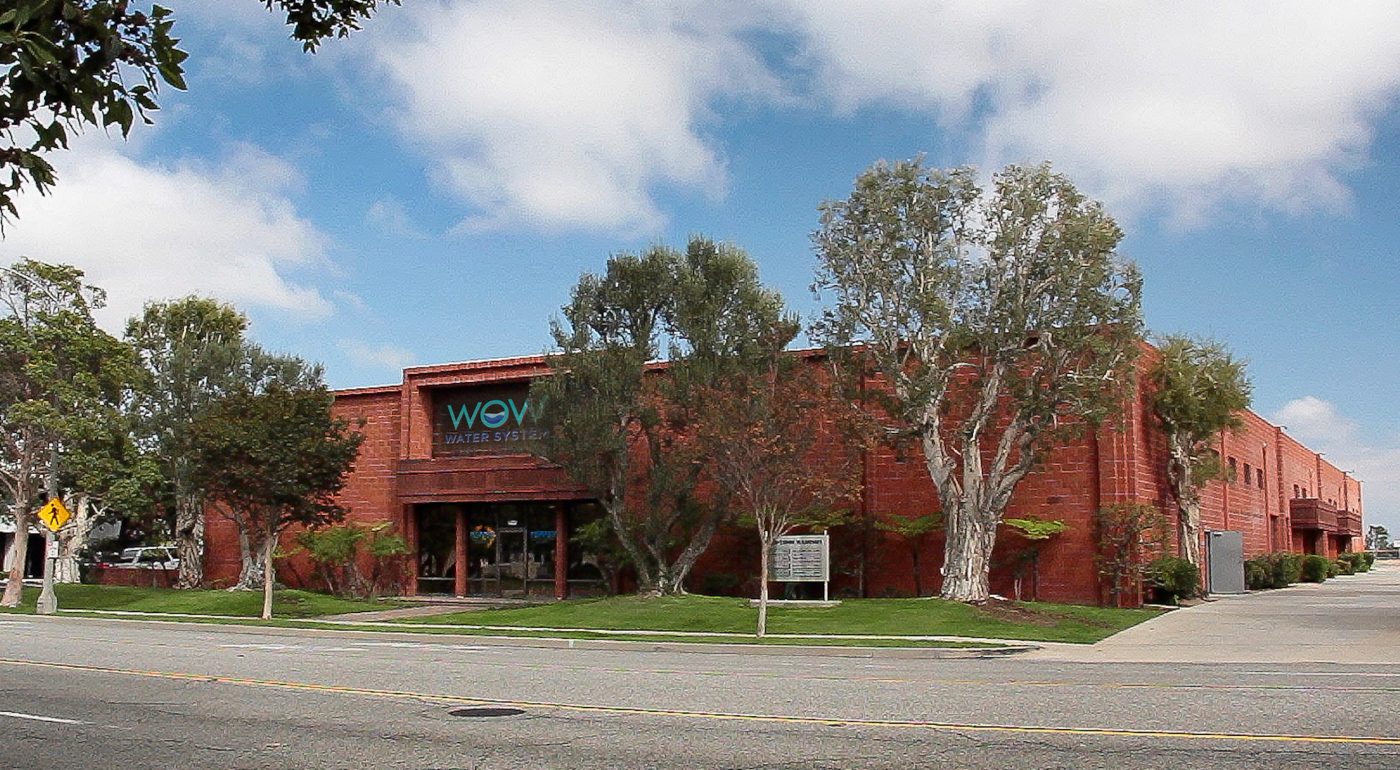 There is an enormous and growing demand for both quality drinking water and the avoidance of the harmful environmental effects of plastic water bottles. Point-of-use reverse osmosis drinking water appliances were first introduced into the market in the early 1970’s. Early RO designs were referred to as ‘air-on-water’ because the water is processed by the RO membrane and stored in a tank that includes a separate compartment for air. As the processed water enters the tank, it compresses the processed water against the air cell for redelivery. This action alone causes a reduction in net driving pressure to the membrane, reducing production and increasing salt passage, thus resulting in an undesirable efficiency and a poorer quality of water produced. To overcome the inherent limitations of the ‘air-on-water’ design, many inventors developed the Water-On-Water™ design, which uses the existing water pressure to dispense the water to the user. However, even the most successful system was complicated and had many ‘issues and idiosyncrasies’ where ultimately, the positives outweighed the negatives.

TOPPER™ Manufacturing, Corp., home of WOW RO™, CEO Tim Beall, gained extensive knowledge of ‘Water-On-Water™’ design and established him as an authority on the subject (he also came from an extensive career in plastic injection molding). Tim explored innovative system assembly concepts and strategic marketing alliances, which could lead to a low cost, high performance product. In his pursuits, Tim discovered and patented this new ‘Water-On-Water™’ RO system and has developed a series of new add-on Patented and Patent-Pending components completing the WOW RO™ system. This includes a new control valve, leak detection system, counter-top dispensing device, selectable TDS for the coffee industry,  a pressure-regulated device and delivery boosting system for food service. The Wow RO™ CPU Valve is so magically simple that it almost defies explanation. It consists of four parts and only one of them moves (previous designs were intricate and complex, having as many as 50 parts) – a true breakthrough!

The result is WOW RO™, an innovative and revolutionary solution to the need for a high-quality and cost-effect consumer reverse osmosis water treatment system.